Some valid arguments against mixing and mastering your own songs

Working on your composition and arrangement is hard enough. So why should you even bother with the mixing and mastering of it if you can outsource it to a professional? Well, good question. The typical answer in blogs, magazines, and the one you get by most professional sound engineers will be something along these lines:

“If you’ve spent a lot of time on your productions already, you’re not objective enough to do the mixing and mastering yourself. You need someone else with a fresh pair of ears who can identify the weak points in your sound and get the most out of it. Also, to do a great mix or master, you need a whole different set of experiences, expensive tools, and a room with proper acoustic treatment.”

Even if I don’t necessarily subscribe to this view, there are some valid arguments against mixing and mastering your own music. Let’s take a closer look at them. 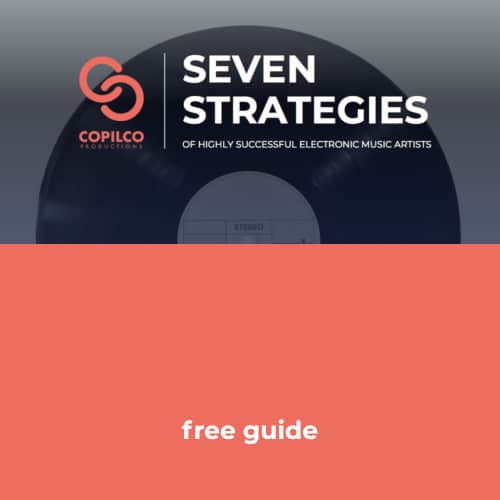 You don’t see the forest for the trees anymore

Most upcoming electronic music producers spend weeks on a single track. I’ve seen people send me “version 65” of their song, begging me to just mix and master it so they can let go. This is not uncommon by the way!

If you’ve spent that much time on a song, it’s impossible to recreate a “first impression” type of listening experience because your brain has memorized even the tiniest bit of sonic information. Taking a couple of days off and coming back to the song for mixing and mastering can help, but only for the first few minutes. After that, you’re drowning in self-doubt again and question every little mixing/ mastering decision you make.

No amount of talent can replace years of experience and practice. Most professional mixing and mastering engineers are working on hundreds of songs every year. I have worked on pretty much every little sub-genre of electronic music and I can say for sure that without this width and depth of experience, my mixes and masters wouldn’t be as good. And to this day, I feel that I’m still learning and growing so the process doesn’t stop.

If you only mix and master your own music, you don’t get this “meta-understanding” of what makes up a great production. I sometimes feel like connecting to the Matrix (still remember that movie?) when I sit down and dive into a track for mixing and mastering. After having worked on your first 100 songs, you get your first “aha” moments and start to see patterns. But the big revelations happen after your first 500 songs. Hard to compete with that if you only work on a dozen of your own songs every year.

Fiddling around with 1 dB EQ changes might be a lot of fun and satisfy your perfectionist attitude, but it won’t help you put out great music consistently. Without the necessary amount of experience, everything will take at least twice as long because you will most likely be unsure about your mixing and mastering decisions.

Additionally, most producers already start mixing their tunes before the composition, arrangement, and sound design are at least 80% there. As I’ve explained in another episode, this is one of the major things that prevent people from finishing songs.

I must admit, the counter-arguments you’ve just read are pretty convincing. Still, I believe that there’s another view as well and some really good arguments in favor of mixing and mastering your own music.

“Critical listening” is the ability to analyze music in a multitude of ways. Emotionally, sonically, but also technically. If you master this skill, you can easily tell which frequency areas are too crowded but also why your lead synth doesn’t transmit the feeling you’re looking for.

Mixing and mastering your own music, including all the second-guessing, self-doubt, and frustration, helps you build that muscle. Critical listening doesn’t have to do with talent, it’s just another skill in your arsenal that needs to be trained.

Your demos will sound better and transmit the right feeling

It can be quite frustrating to have a clear and punchy sounding vision of your song in your head, but when you listen to your production, all you hear is a weak collection of half-baked sounds. How can you even tell that the song will ever reach its full potential, even if you were to send it to a professional sound engineer?

If you’ve practiced mixing and mastering your own music, you can already bring your demos to a level that’s pretty close to what you hear on professional releases. That way, it’s easier to tell if a song is worth sending to a label or not. Moreover, you can test your demos at your gigs even before any release. If your demo already sounds great, you might see a very different reaction from the crowd compared to a weak sounding demo.

Even if you still outsource mixing and mastering work to a professional engineer, you might get better results if you’re experienced in mixing and mastering your own songs. First of all, your sound design is most likely going to be better from the start, simply because you know what you can and can’t do in the mixing stage later on.

Moreover, you will have a very good sense of how to communicate with a professional engineer if you have some experience with these topics yourself. Describing the sound you’re after, entering revision notes at the end, all of these things are way easier if you’re speaking the same “language” as the engineer.

Now that you have a good idea about the pros and cons of mixing and mastering your own tracks, let’s discuss how you can get the most out of the do-it-yourself approach.

If you want to get the most out of your song sound-wise, you need to restrict yourself during the production phase. As stated before in my episode on how to finish more music, you shouldn’t worry about mixing when you’re still not even sure about composition and arrangement. Moreover, a great mix and master starts with amazing sound design.

Which combination of synths are you using? Are kick and bass working against each other or do they complement each other in the arrangement? Do you really need another shaker in the background? These decisions heavily influence the end-result, way more than e.g. which EQ you’re using or how hard you compress your song.

So here’s my go-to formula for you:

2. Listen to your end result on a multitude of systems you know really well

From your studio monitors to your DJ headphones and all the way to your shitty kitchen Bluetooth box, all these playback systems give you valuable insights. The more experienced you become (and the better your studio sounds), the more you can rely on your monitoring system. If you’re still living the bedroom-producer lifestyle (which is perfectly fine), it’s absolutely crucial to “triangulate” your sound with a multitude of playback devices.

If you have the chance to test your song in a club, try to listen to it during soundcheck (if you have one) or sneak for a minute into the crowd and listen from their perspective.

Still, you have to take this with a grain of salt. You simply can’t make a song sound great on each and every device. If you listen to some of the 90s rave classics at home, you will most likely be underwhelmed by the way they were mixed and mastered (compared with today’s standards). But when you hear them in the club, they suddenly sound amazing. Contrary to that, some modern productions that sound fantastic on your little earbuds come across very weak on big club systems. There are many technical reasons for that (which I won’t get into here), but you get the point: Your song is always going to sound a bit better on one type of playback system compared to another. Your goal should still be to make it sound as good as possible on as many devices as possible.

3. Always A/B your mixes and masters and compare them with reference tracks

The safest way to know that you’re at least in the ballpark of professional productions is to use instant A/B referencing. If you compare your track sonically to other productions, it can “reset” your ears and help you critically listen to your own music again.

You can either load a reference song onto an empty track in your session or use a dedicated A/B plugin. I recommend the latter because it allows for an easier workflow and gives you additional insights. My preferred tool for this at the moment is the Metric AB plugin. It has everything you need and most importantly: Level-matching. Since a mix isn’t as loud as a final master, you can automatically match the level of the reference track to your unmastered session. Pretty sweet, right?

All in all, I believe that mixing and mastering your own music empowers you as an artist in many ways. Still, if you’re getting stuck there’s nothing wrong with hiring a professional. It only makes you a better producer in the end since you will learn a lot from an experienced engineer.

Don’t let anybody tell you that you shouldn’t mix and master your own music, but also don’t believe the myth of “every producer has to be able to mix and master their own songs”. Both extremes are wrong in my opinion and you shouldn’t stress out about this too much. In the end, you have to do what lets you grow your skillset but also advance in your career. So take the best of both worlds and go for it.

Putting it into action: Mixing and mastering your own music

So let’s bring this to the finish line with a few dedicated action steps that you can implement right now.

1. From now on, always separate the production, mixing, and mastering phases

3. Don’t let mixing and mastering your music hold you back from the more important process of writing new songs

Alright, folks, that’s it for this week’s episode. Now I’d love to hear from you: Do you mix and master your own songs? What works for you and what doesn’t?

If you want to grow your career as an electronic music producer, don’t forget to grab a free copy of my “Seven Strategies of Highly Successful Electronic Music Artists” guide. Click on the image to download the pdf for free: